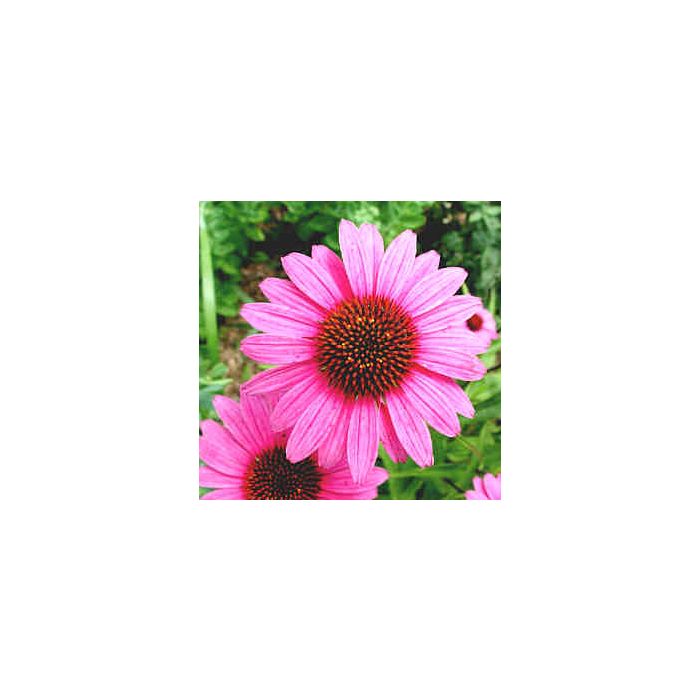 Plant Description: The Echinacea plant resembles a black-eyed Susan in shape, but not in color. It's petals are a bright purple and form an arrangement of florets around a cone-like center. It is a North American perennial that is indigenous to the central plains of Louisiana, Texas, western Oklahoma, western Kansas, and Colorado. It also grows as far north as eastern Montana, North Dakota, and around Manitoba, Canada. It grows on road banks and in fields and prairies.

Interesting Historical Notes: The Plains Indians used the various species of Echinacea to treat poisonous insect and snake bites and other wounds, toothaches, and sore throat, as well as mumps, smallpox, and measles. Once the settlers realized it's therapeutic benefits, it quickly became the most popular form of treatment for many illnesses. Since the early 1900's, hundreds of scientific articles have been written about Echinacea. By the early 20th century, Echinacea had become the best selling medicinal tincture in America, used for a variety of internal and external conditions. By the very early 1900's, however, the American Medical Association dismissed it as worthless. It was still used, though usually more as a folklore cure. By the 1930's, Echinacea was rarely ever used in the United States. Europeans, however, began growing and using the herb again, and popularity of the herb grew rapidly once again in the U.S. The plant is now one of America's best-selling herb extracts.