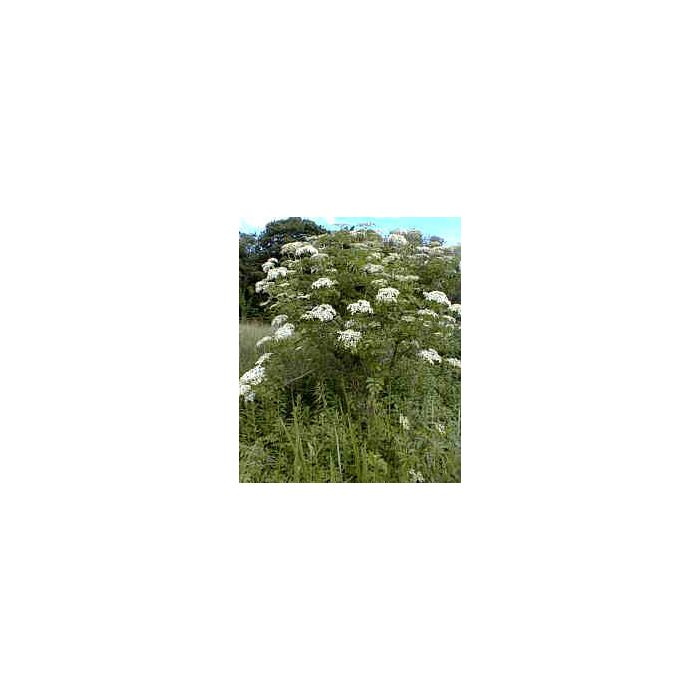 Plant Description: The Elder is common throughout most of Europe. It grows in hedgerows and woods throughout northern temperate regions, generally in moist, shady places and among underbrush. It is a shrubby tree, 10-30 feet high. The bark is light brown near the bottom of the stem, grayish higher up, and stippled with warts. The leaves are opposite and odd-pinnate, while the leaflets ovate, acuminate, finely serrated and dark green. In June and July, Black Elder grows cymes of white to yellow flowers which develop into berries that turn from green to red-brown to shiny black.

Interesting Historical Notes: A fragrant, flowering tree, Elderberry gets its name from the Anglo-Saxon word "aeld" meaning "fire." Inside young elder branches is a hollow tube or pipe. Presumably, these tubes were once used to blow on a fire in order to encourage the flames. The elder has a rich background of cultural superstitions. The Russians believed that elder trees ward off evil spirits. It was considered good luck to plant a tree near your home. Sicilians thought that elder wood branches could kill snakes and drive away thieves. Elderberry was first discovered by the Egyptians who found that applying its flowers to the skin improved the complexion and healed burns. Many early Indian tribes made tea from elderberry for its effectiveness in preventing colds and relieving toothaches. The British, in the 17th century, often drank homemade elderberry wine believing it to prolong life and cure the common cold.