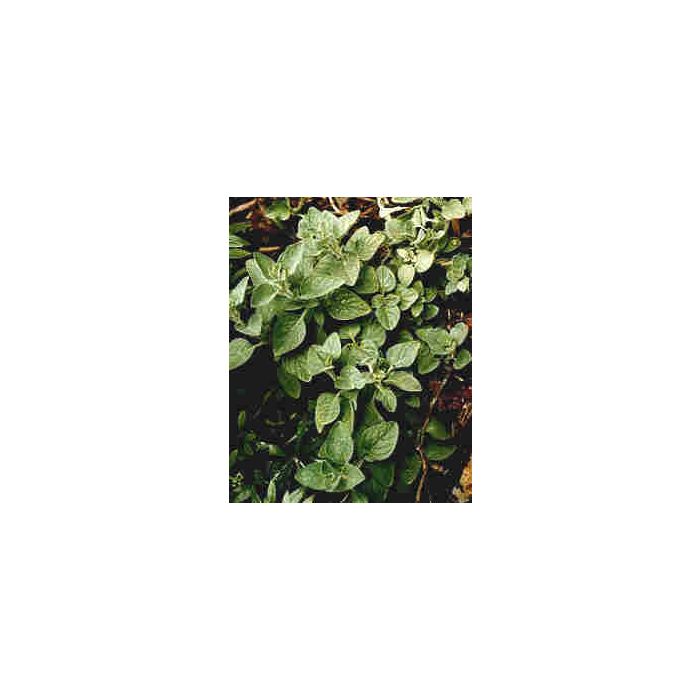 Latin (botanical) name: Origanum vulgare Common names: Oregano Oil Plant Description: Oregano can be found in the mountains of Europe and other temperate regions. The plant can be either erect or sprawling, and is a branched perennial herb. Its foliage is finely textured and grayish-green. The leaves are fleshy, broadly ovate, and heart-shaped with serrate edges. As the entire plant surface is covered by trichomes, it is an aromatic and pungent plant. Oregano blooms in late summer, and the small flowers are white or purple. They often occur in whorls, with the calyx being bell-shaped. The corolla is purplish and much longer than the calyx which forms a short cylindrical tube. Oregano has a taproot system and produces bracts during summer. Medicinal Properties & Uses: The primary components of the Oregano oil contains carvacrol and thymol. The components give Oregano oil its fungicidal and worm-expellant properties, and constitute about 90% of the oil. Clinical tests have shown that the primary component carvacrol reduces infections, including staph, as effectively as traditional antibiotics. Oregano is a very versatile plant and is considered diaphoretic, carminative, antispasmodic, antiseptic, and tonic. One of the active properties, tannin, gives Oregano its astringency. Used as a body wash, it firms connective tissues of the skin. A decoction of Oregano leaves is effective in the treatment of dry coughs such as colic. It is used in the treatment of asthma, diabetes, conjunctivitis, and dyspepsia. Oregano can be used topically to relieve burns and insect bites, and to treat acne, eczema, and psoriasis. Women who have problems with their menstruation and those who've just experienced childbirth are often given a decoction of Oregano leaves for relief. It has also been proven as a remedy for genito-urinary disorders and helps circulation of blood throughout the body. Oregano oil can be used in a bath to relief muscle stiffness or used topically to sooth aching joints. Oregano is also used to treat toothaches and sore throats. Dosage: Internally: 1-4 drops, two or three times daily. May be diluted in water. Four drops contain 25.8 mg carvacrol. Externally: apply liberally as needed. Shake well before using. Cautions & Interactions: Keep out of reach of children. Do not use if pregnant or nursing. A normal tingling sensation may be noticed when applied externally. Avoid contact with genitals. Efficacy Studies & Other Clinical Data: * Georgetown University Medical Center - Studies on Oregano Oil * New Home Nutrition Science News - Oregano, The Spice of Health Disclaimer (U.S. Only): These statements have not been evaluated by the FDA. These products are not intended to diagnose, cure, treat, or prevent any disease.